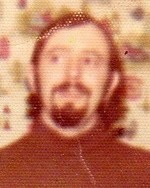 Allan C. Mountin, age 75, passed away on Friday, August 7, 2020. He was born in Two Rivers, Wisconsin on July 2, 1945 the son of the late Charles and Elaine Mountin. Allen was proud to serve in the U.S. Army. After the Army Allen was proudly married to his wife of 43 years, Mary Ann Mountin. She preceded him in death in January, 2013. Allan worked as an automotive painter, which included working for Leach Company for 19 years.

A private family service will be held.