To share your memory on the wall of Beverly Jones, sign in using one of the following options:

Beverly departed her earthly life on September 3, 2019 at Country Villa in Omro. She is survived by her Gayland, her husband just shy of 63 years; her children: Lee and Diane, and Ray Jones, all of Omro; grandchildren: Kenneth and Katie Jones of Omro, and Crystal Chitel and Mike Matsche of Fond du Lac; great- grandson, Remi Matsche; sister-in-law Marilyn Stark of Ripon, nieces, nephews, a multitude of cousins, and friends. She was preceded in death by her parents, grandparents, father-in-law & mother-in-law (Raymond and Josephine nee Gay Jones); a sister-in-law (Betty Jones Hoffman); brother-in-law, Marvin Stark; and stepmother-in-law (Verna Jones).

Funeral services will be held on Monday, September 9, 2019, at 11:00 a.m. at the Omro Kwiatkowski Funeral Home with Pastor Brian Beardsley officiating. Family and friends may call on Monday, September 9 at the funeral home from 9:00 a.m. until the time of the service. Burial will be in the Borth Cemetery. Memorials may be directed to Trinity Lutheran Church of Borth or the Omro Public Library.
Read Less

To send flowers to the family or plant a tree in memory of Beverly Ann Jones, please visit our Heartfelt Sympathies Store.

Receive notifications about information and event scheduling for Beverly

We encourage you to share your most beloved memories of Beverly here, so that the family and other loved ones can always see it. You can upload cherished photographs, or share your favorite stories, and can even comment on those shared by others.

The Blackburn family, Elizabeth,John,Patty,J.J., & sent flowers to the family of Beverly Ann Jones.
Show you care by sending flowers 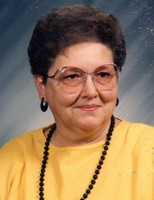