To share your memory on the wall of Cheryl Ruck, sign in using one of the following options:

Cheryl was a tireless worker, and successful at a variety of jobs she attempted. At the interview for one of her very first positions in the bakery department at a local grocery store, she was asked what prior experience she had at working. She replied that she had worked in her father’s Bait shop. The interviewer thought she said, “Father’s Bake Shop,” and she got the job! She gained experience decorating cakes, and eventually it became a life-long passion, as she loved baking and decorating many beautiful cakes for family and friend’s special occasions.

Cheryl was employed by Basler’s of Oshkosh, had a stint at driving city bus, and also worked at Rockwell in Oshkosh for a number of years.

Cheryl’s other interests, besides cake decorating, included hunting, reading, doing crossword puzzles, gardening, writing poetry, cooking, camping, and trying her luck at the casinos. She was proud of both her Chevy truck and motorcycle, and liked to take road trips in her free time.

In addition to her parents, and former husband, Cheryl was preceded in death by her son Daniel Ruck, and grandson David Ruck.

A visitation will be from 12:00 p.m. until the time of the funeral service at 2:00 p.m. on Sunday, April 18, 2021 at Kwiatkowski Funeral Home. Interment will be in Lakeview Memorial Park, Oshkosh.

The family extends a special thank you to the entire staff of Parkview Health Center for their loving and attentive care.
Read Less

To send flowers to the family or plant a tree in memory of Cheryl R. Ruck, please visit our Heartfelt Sympathies Store.

Receive notifications about information and event scheduling for Cheryl

We encourage you to share your most beloved memories of Cheryl here, so that the family and other loved ones can always see it. You can upload cherished photographs, or share your favorite stories, and can even comment on those shared by others.

Rusty and Sue Grimm sent flowers to the family of Cheryl R. Ruck.
Show you care by sending flowers

Rusty and Sue Grimm purchased flowers and planted a memorial tree for the family of Cheryl Ruck. Send Flowers 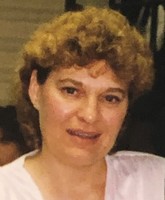