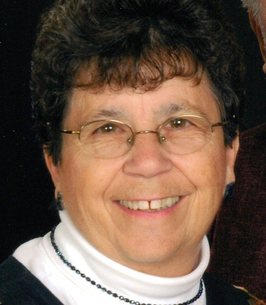 Share this tribute
Memorial Candles Lit for Deneise | SEE ALL
Light a Candle
"We are honored to provide this Book of Memories to the family."
— Kwiatkowski Funeral Home
"I so enjoyed your big smile and our stories we shared with each other, you will always be a memory in my heart. Rest in peace my frien..."
— Christa Markert
"So glad you came into my life. I wish it had been for a longer time. You were so kind and helpful when I needed it. Rest in Peace De..."
— Mary Stetter King
Funeral Details Memory Wall Photos & Videos Send Flowers

Print
Deneise “Dee” Ann Roycraft-Hartman, age 78, passed unexpectedly on Tuesday, September 25, 2018. She was born in Oshkosh on August 7, 1940 the daughter of Ruford “Joe” and Susie (Stiller) Taylor. On November 10, 1994 she married Jack Hartman in Berlin. Dee worked as a technician at Dr. Johanknecht’s office in Berlin for many years. She volunteered at Bethesda, the polling booths and Weyauwega-Fremont School District. Dee enjoyed reading, quilting, crocheting, card playing and the occasional Bingo. Her family was very important to her and she especially enjoyed attending her children’s and grandchildren’s sporting events. She will be remembered for her competitive nature and the love she had for her family.

A visitation will be from 4:00 p.m. until 8:00 p.m. on Friday, September 28, 2018 at Kwiatkowski Funeral Home. On Saturday, September 29, a visitation will be from 9:00 a.m. until the time of the service at 10:00 a.m. at Emmaus Lutheran Church, N180 County Road A., Waupaca, WI 54981, with Rev. Kurt Schilling officiating. Burial will be in Rushford Cemetery at a later date. A memorial fund in Dee’s name is being established.
The family extends a special thank you to the staff at Theda Clark for their wonderful care.

We encourage you to share any memorable photos or stories about Deneise. All tributes placed on and purchased through this memorial website will remain on in perpetuity for future generations.

I so enjoyed your big smile and our stories we shared with each other, you will always be a memory in my heart.
Rest in peace my friend.
Christa Markert - Friday September 28, 2018 via Memorial Candle

We are sorry for your loss
Ci Ci and Leo - Thursday September 27, 2018 via Heartfelt Sympathies

So glad you came into my life. I wish it had been for a longer time. You were so kind and helpful when I needed it. Rest in Peace Dee.
Mary Stetter King - Wednesday September 26, 2018 via Memorial Candle
1
Page 1 of 1
Share
×