To share your memory on the wall of Dorothy Kafer, sign in using one of the following options:

She was raised in Berlin and graduated from Berlin High School with the class of 1954. During this time, she worked at the dairy bar downtown, the A&W stand and at the Rex Movie Theatre. When she was a senior, Harry Kujawa stopped her in front of Farmers & Merchants Bank and offered her a job. He was a customer at the A&W and was impressed with her work. "Mr. Kujawa was such a nice, kind man. I thought he walked on water." She ended up working at the bank for three years.

During high school, Dorothy played piano for the Berlin High School dance band known as the "Midnight Twelve" where there was a senior saxophone player in the band by the name of George Kafer. The two became very close like brother/sister and were best friends during her high school years. George went into the Navy on a flip of a coin after graduation. Dorothy was a faithful correspondent and they continued to maintain their special bond. When George returned home from the service, they both knew that they were each other's "one" and they were married by candlelight at the Grace Evangelical Church in Berlin on December 29, 1956. Together they would move to the Kafer family farm and raise their family.

Along with her family, she is survived by brother-in-law Leonard (Paula) Kafer, nieces and nephews.

She was blessed to be the organist at Eureka United Methodist church for 61 years where she loved serving the Lord also with Ladies Aid, VBS, Jr. Choir director and Sunday School teacher.

In later years, Dorothy began attending the Senior Center in Berlin and was a natural to lead the "Berlin Senior Singers". She followed her mother's footsteps as being known as the "Sunshine Lady". They would go to different nursing homes or assisted living facilities in the area and together turn sad faces into smiles with their music and jokes! Being part of this group was one of her greatest joys.

She never took for granted the many years George and she were able to make memories with cherished friends at Antique Thresherees, Navy reunions and their many travels.

She enjoyed being the Town of Rushford election greeter, painting, sitting on her porch, being at the river, daily devotions, reading while savoring the sunshine, the bird's music, the flowers fragrances, gentle wind blowing her chimes and visits from loved ones.

Dorothy loved the Lord with all her heart, always thanking God for all her blessings and giving all the praise and glory to HIM!

There will be a celebration of her life at Eureka Church with visitation on Tuesday, June 4th from 4-7 pm, 10-noon on June 5th with service at noon. Interment at Eureka Cemetery and fellowship with lunch to follow.

A special thank you to the Visiting Angels, especially Louise, Lydia, Caitlin, Katie & Jamie along with the countless others with their prayers, love and thoughtfulness.

Life is a journey taken on a train
With you and I as passengers traveling down life's lane.
The journey is a short one, though it doesn't seem that way.
So live each day as if it were your last, as you travel life day by day.

To send flowers to the family or plant a tree in memory of Dorothy Mae Kafer, please visit our Heartfelt Sympathies Store.

Receive notifications about information and event scheduling for Dorothy

We encourage you to share your most beloved memories of Dorothy here, so that the family and other loved ones can always see it. You can upload cherished photographs, or share your favorite stories, and can even comment on those shared by others.

Flowers were purchased for the family of Dorothy Kafer. Send Flowers 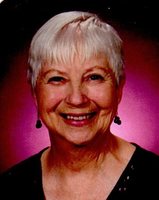