To share your memory on the wall of Helen Wright, sign in using one of the following options:

Print
Longtime Oshkosh resident, Helen Wright, passed away peacefully at home in her sleep in the early morning of June 3, 2019.

Helen was born on July 9, 1924 in Ashtabula, Ohio, the second daughter of Oscar and Marie (Maenpaa) Brunstad, both... Read More
Longtime Oshkosh resident, Helen Wright, passed away peacefully at home in her sleep in the early morning of June 3, 2019.

Helen was born on July 9, 1924 in Ashtabula, Ohio, the second daughter of Oscar and Marie (Maenpaa) Brunstad, both Scandinavian immigrants. After graduating from Ashtabula High School in 1942, Helen enrolled in the Huron Road School of Nursing in Cleveland. While there, she met Eugene Neal Wright, a young Army doctor from Pennsylvania. They married in 1945 and settled in Ashtabula where Neal opened a practice. Their first daughter, Janis Kirsten, was born in 1948. Their second daughter, Patricia Marie, arrived in 1950. Their son, Eugene Neal Jr., was born in 1953.

In 1954, the Wright family moved to Oshkosh, WI, and settled in a house on Shangri-La Point on Lake Butte des Morts. While Dr. Wright concentrated on growing his Ob-Gyn practice, Helen focused on raising their children. However, she was also active in the local Red Cross, served as president of the Visiting Nurses Association of Wisconsin, was a medical volunteer at the EAA convention, helped establish innovative therapy programs at Evergreen Retirement Community, participated in the Oshkosh 20th Century Club, and was an integral part of the congregation of Peace Lutheran Church in Oshkosh.

The Wright’s personal lives focused on family and friends, elements of life that both Helen and Neal valued above all else. Their home was the center of almost continuous social gatherings: ski club, supper club, bridge club, and coffee klatch, among others. Helen and Neal took every opportunity to enjoy their love for life, each other, their family, and their many friends.

Dr. Wright retired in the mid 1970s and the couple found a new passion in golf. A decade later, they moved to South Carolina to a new home right on a golf course. In 1991, after 46 years of marriage, Neal lost a year-long battle with cancer. Helen moved back to Oshkosh to be closer to her daughters and their children. She quickly resumed her active and involved lifestyle. In 2014, her family gathered from around the country to celebrate her 90th birthday. These people were her most treasured possessions, and for her, their presence was the very best of gifts.

Helen had faced serious health challenges in her later years, but always overcame them. In the past year, her heart function weakened although her spirit never faltered. She had been in hospice since January with round-the-clock home care. She will be forever missed.

Her family will hold a Celebratory Gathering in her honor on Tuesday July 9, starting with a brief visitation at 10:30am at Peace Lutheran Church, 240 W. 9th Avenue, Oshkosh, WI. A Memorial Service will follow at 11:00am. This date was chosen as it would have been Helen’s 95th birthday. Helen’s ashes will be joined with Neal’s in a private ceremony later this summer. In lieu of flowers, the family suggests donations to Aurora at Home Hospice (931 Discovery Rd, Green Bay, WI 54311), the American Red Cross (515 S Washburn St #201, Oshkosh, WI 54901), or the Oshkosh Area Humane Society (1925 Shelter Ct, Oshkosh, WI 54901).
Read Less

To plant a memorial tree in honor of Helen Wright, please visit our Heartfelt Sympathies Store.

Receive notifications about information and event scheduling for Helen

There are no events scheduled. You can still show your support by sending flowers directly to the family, or planting a memorial tree in memory of Helen Wright.
Plant a Tree

We encourage you to share your most beloved memories of Helen here, so that the family and other loved ones can always see it. You can upload cherished photographs, or share your favorite stories, and can even comment on those shared by others.

Plant a Tree in Memory of Helen
Plant a tree 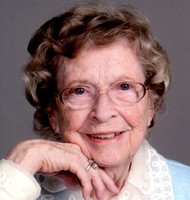