To share your memory on the wall of Leslie Flanagan, sign in using one of the following options:

In 1946 he was discharged from the Army and became an auto mechanic at Wink's Garage in Waukau. He later worked for Ryf's Shell Oil in Winneconne, where he remained employed for 40 years until his retirement.
On July 2nd, 1949, Bud married Phyllis Meilahn. The couple remained married for the next 70 years and had 5 children, 11 grandchildren and 5 great grandchildren
.
Bud was quiet, but had a quick wit and a kind heart. He enjoyed gardening, building bird houses and feeders and could fix almost anything you put in front of him. He is deeply loved and will be sadly missed by all those who knew him.

Receive notifications about information and event scheduling for Leslie

There are no events scheduled. You can still show your support by sending flowers directly to the family, or planting a memorial tree in memory of Leslie "Bud" Flanagan.
Plant a Tree

We encourage you to share your most beloved memories of Leslie here, so that the family and other loved ones can always see it. You can upload cherished photographs, or share your favorite stories, and can even comment on those shared by others.

Vivid Recollections was purchased for the family of Leslie Flanagan.

Patti and Doug, Denise and Jim, Joe and Stephanie

Posted Aug 27, 2019 at 04:02pm
We are so very sorry for your loss. He was a great husband, father and grandfather. We will always remember his sense of humor and laugh. Love,

Patti and Doug, Denise and Jim, Joe and Stephanie purchased flowers for the family of Leslie Flanagan. 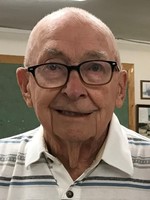