To share your memory on the wall of Robert Eckstein, sign in using one of the following options:

Print
Omro - Robert E. "Bob" Eckstein of Omro, age 79, passed away peacefully in his home on March 13, 2021 with his loving family by his side. He was born on January 29, 1942 son of the late Lawrence and Evelyn (Parker) Eckstein.

Bob was a dump truck driver for many years. He always said he drove more miles backwards then you have ever driven forwards. He loved fishing, hunting, and most of all smoking chickens in his garage for all to enjoy. For the last four months, Bob told everyone he was going to "cat heaven" and if you knew him you knew what he meant by his sense of humor. He was that kind of guy who always put others first and would leave you with a smile on your face. If he could kiss you on the face you were getting planted with a wet one or an open armed hug.

Receive notifications about information and event scheduling for Robert

There are no events scheduled. You can still show your support by sending flowers directly to the family, or planting a memorial tree in memory of Robert Edwin Eckstein.
Plant a Tree

We encourage you to share your most beloved memories of Robert here, so that the family and other loved ones can always see it. You can upload cherished photographs, or share your favorite stories, and can even comment on those shared by others.

Posted Mar 22, 2021 at 08:28pm
We are very sorry for the loss of my uncle. Aour hearts are with the family lori and ted Dombrowski
Comment Share
Share via:
T 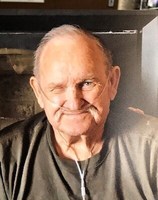