To share your memory on the wall of Roger Radloff, sign in using one of the following options:

Roger was a hard-working dairy farmer and proud father of eight children. He enjoyed being a seed sales representative for Pioneer and DeKalb. He was honored to serve the Town of Utica as a volunteer fireman for 40 years, as well as a Supervisor on the town board. Roger was an active member of Zion Evangelical Lutheran Church, serving numerous years as a secretary and councilman. He was known as an excellent polka and waltz dancer. An avid snowmobiler, belonging to Sno-scats and Springbrook snowmobile clubs, he loved snowmobiling locally and “up north”. He often participated in the Winnebago County Fair tractor pulls, winning several trophies with his trusted John Deere tractors.

Visitation will be held on Thursday, June 13, 2019 from 3:00-8:00pm at Kwiatkowski Funeral Home in Omro and at Zion Evangelical Lutheran Church, 5355 County Road K, Oshkosh, on Friday, June 14, 2019, at 10:00am until the time of services. Funeral services will begin at 11:00am at Zion Ev. Lutheran Church. Interment will follow at the Omro Cemetery.

The family would like to extend a special thank you to Carrie and the Ascension Hospice staff for their care and support.
Read Less

To send flowers to the family or plant a tree in memory of Roger William Radloff, please visit our Heartfelt Sympathies Store.

Receive notifications about information and event scheduling for Roger

We encourage you to share your most beloved memories of Roger here, so that the family and other loved ones can always see it. You can upload cherished photographs, or share your favorite stories, and can even comment on those shared by others.

Kim and Sofia Ward, Nicole and Kevin Janke, and other have sent flowers to the family of Roger William Radloff.
Show you care by sending flowers

Posted Jun 29, 2019 at 08:36am
I’m very sorry to read the passing of your beloved Roger. Please accept my sincere condolences. I have personally felt comforted by the promise made by God of bringing back to life those who sleep in death (1 Thes. 4:14). So be assured that you’ll be able to hug, kiss and talk to Roger again. He will come back into an Earth free of suffering, sickness and anything that causes us to shed tears of pain (Rev. 21:4). This hope is both sure and firm because Jehovah God cannot lie (Heb. 6:18; Titus 1:2). Is my sincere desire that you can also find comfort in this words during this difficult time for you.
Comment Share
Share via:
HS

Posted Jun 14, 2019 at 08:10am
Please accept our most heartfelt sympathies for your loss... Our thoughts are with you and your family during this difficult time.

Blooming Garden Basket was purchased for the family of Roger Radloff. Send Flowers

Posted Jun 13, 2019 at 09:41am
Wishing you peace to bring comfort, courage to face the days ahead and loving memories to forever hold in your hearts.

Posted Jun 13, 2019 at 06:55am
May loving memories ease your loss and bring you comfort. Keeping you and your family in our thoughts and prayers. 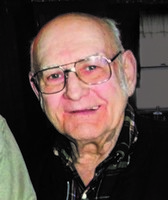