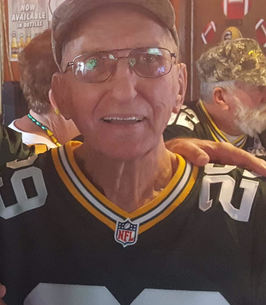 Share this tribute
Memorial Candles Lit for Charles | SEE ALL
Light a Candle
"We are honored to provide this Book of Memories to the family."
— Kwiatkowski Funeral Home
Funeral Details Memory Wall Photos & Videos Send Flowers

Print
Charles D. “Chuck” Leitgeb, age 89, of Omro, died peacefully Sunday, November 25, 2018, with family by his side in the ICU at Mercy Medical Center. Chuck was born March 25, 1929, in Chicago, Illinois, the son of Adolph and Gertrude (Veling) Leitgeb. He married Betty J. Kersch on January 6, 1951, in Chicago, Illinois. She preceded him in death on March 18, 2012 after 61 years of marriage. Chuck had worked in maintenance for General Foods, City of Omro, Courtney and Plummer and retired after 17 years from Mercy Medical Center. Chuck could fix anything and often tinkered in his workshops in the basement and garage. Hunting and fishing were past times he enjoyed. In his retirement years, Chuck enjoyed boating on his pontoon boat and camping and traveling with their RV friends in their motorhome.

The family would like to extend a sincere thank you to the staff in the ICU at Mercy Medical Center for the excellent care given to Chuck.

We encourage you to share any memorable photos or stories about Charles. All tributes placed on and purchased through this memorial website will remain on in perpetuity for future generations.