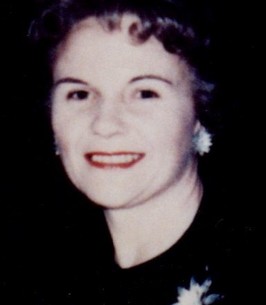 Share this tribute
Memorial Candles Lit for Hazel | SEE ALL
Light a Candle
"We are honored to provide this Book of Memories to the family."
— Kwiatkowski Funeral Home
Funeral Details Memory Wall Photos & Videos Send Flowers

Print
Hazel Kalata, resident of Oakwood Manor in Oshkosh , died October 30, 2018. Born July 4, 1919, the fifth of twelve children to Calvin and Leola (Warner) Wilson in the Town of Warren, Wisconsin, Hazel loved to be called, “A Firecracker Baby”. As a young girl Hazel attended school in Auroraville.
Hazel married Carlton Kratz and worked the farm with him in the Town of Poygan in the early years of their marriage. Hazel and her husband, Carlton, had seven children together. As her children grew older she went to work at Oshkosh B’Gosh. Hazel enjoyed gardening, sewing, and bowling. Hazel had an ear for music, playing the piano, and all acoustic instruments without being able to read a note. Hazel loved babies and said, “She lived for her children.” Carlton proceeded her in death, August 29, 1963.
Hazel married Frank Kalata in 1965 and moved to Omro. Later Hazel and Frank moved to Panacea, Florida, and together built a house. Hazel proudly saying, “They built almost the entire house without any help.” Later they moved to Marble, North Carolina, until Hazel moved back to Wisconsin.
Hazel was loved and will be missed by her children Helen Bloch Koene of Lomira, Wisconsin, June Poad of Oshkosh, Philip (Susan) Kratz of Hancock, Wisconsin, Carol Muth of Oshkosh, Donna (Terry) Sharkey of Oshkosh, and Elaine (Tom) Phillips of Poy Sippi; 15 grandchildren, 25 great-grandchildren, and numerous great-great-grandchildren. She is also survived by two brothers, John Wilson of Oshkosh and Ronald Wilson of Birmingham Alabama.
She is preceded in death by her parents; husbands; infant son, Richard; grandchildren, Gary Bloch, Mark Kratz, Kristin (Kratz) Heidegger, Brian Mulder; sons-in-law, Ray Bloch, Jerry Poad, and Wayne Koene.
Visitation times for Hazel will be on Friday, November 2, 2018, from 10 a.m. until time of services at 11 a.m. in Kwiatkowski Funeral Home, 425 Jefferson Ave., Omro, Wisconsin. Hazel will be laid to rest next to her husband at Oak Hill Cemetery.
The family would like to thank the staff at Oakwood Manor in Oshkosh for their dedication and support of Hazel during her stay. The family would also like to thank Heartland hospice for all their support.

We encourage you to share any memorable photos or stories about Hazel. All tributes placed on and purchased through this memorial website will remain on in perpetuity for future generations.

E
My deepest condolences to the family, may you find comfort in prayer and the beautiful words of Isaiah 25:8 where God promises us that He will soon eliminate all death and suffering.
Elda - Wednesday October 31, 2018 via Condolence Message
1
Page 1 of 1
Share
×