To share your memory on the wall of Kenneth Cady, sign in using one of the following options:

Ken was born on May 27, 1936 in Omro, Wisconsin and lived the vast majority of his life there.
He grew up playing in and on ... Read More
Kenneth “Ken” Richard Cady of Omro, Wisconsin passed away peacefully on Saturday, February 20, 2021.

Ken was born on May 27, 1936 in Omro, Wisconsin and lived the vast majority of his life there.
He grew up playing in and on the Fox River and enjoyed fixing and working on anything mechanical. When the grass got too long and the family couldn’t afford one of those new fangled gas powered lawn mowers, Ken built one! Every picture from his childhood shows a cowlick in his hair and a twinkle in his eye that let you know he likely kept his parents, Rexford and Connie (Lockwood) Cady, on their toes until he graduated in 1955 from Omro High School and joined the Marines the same year.

After the Marines Ken worked for California Tool and Machine Shop in Santa Maria, CA where he smartly fell in love with the boss’s daughter, Ruth Ann Van Stone, and they married in 1961. They moved back to Omro where they raised 2 sons and fostered over 50 children. Ken's professional career included the Butkiewicz Machine Shop, the City of Omro as the head of the Water Utilities, and Mercury Marine’s research and development unit. Ken could be heard, and then seen, as he traveled on the Fox River through Omro on his jet boat when the ice was out and on his snowmobile when the snow and ice were on. He was one of the founding members of the Driftbusters Snowmobile Club. Under Ken’s leadership as president of the Kiwanis Club, the annual 4th of July Quacker 500 was born. Ken believed in giving back to his community and served on the Omro School Board and Omro City Council.

Ken was somewhat of a regional celebrity in the dance and polka band world for his trumpet playing; even being broadcasted on TV playing from the Cinderella Ballroom in Appleton, Wisconsin. He played with a variety of bands including the Dodo Ratchman Band, the Blue Notes, the Jay Wells Orchestra, and was invited to join in with numerous others. Ken rarely used sheet music, as he had a natural talent for just being able to pick up and play whatever the tune was.

Folks around these parts counted on Ken machining skills to fix everything from farm machinery, to boats, to snowmobiles and bikes! You name it, he fixed! The ability to pay was never at issue, as he was there to lend a hand when he could to make something old, new again! Many of his “customers” heard him say, “Well you might as well take it along,” without a worry about the cost.

He was a jokester and many a waitress was fooled by him pretending to be burned as they poured his coffee. His uncanny ability to whistle exactly as a police siren had the Main Street Restaurant coffee clutch looking out the window to see what was going on. That cowlick in his hair and twinkle in his eye continued all his life.

In addition to his parents, Ken is preceded in death by his brother Roland Cady and his brother-in-law Don Van Stone.

Due to Covid-19, a private funeral service will be held. Donations may be made to the Omro Food Pantry in Ken’s Name
Read Less

Receive notifications about information and event scheduling for Kenneth

There are no events scheduled. You can still show your support by sending flowers directly to the family, or planting a memorial tree in memory of Kenneth Richard Cady.
Plant a Tree

We encourage you to share your most beloved memories of Kenneth here, so that the family and other loved ones can always see it. You can upload cherished photographs, or share your favorite stories, and can even comment on those shared by others.

Posted Feb 25, 2021 at 07:37pm
I can still picture that wry smile on his face. You had to always watch for him sneeking up behind you and smacking his lips. lol He will be dearly missed. Hugs and Prayers to the Cady family. You are all in my thoughts and prayers.
Comment Share
Share via: 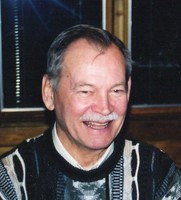