To share your memory on the wall of Raymond Wilson, sign in using one of the following options:

Raymond grew up in the Omro Area. As a young man he worked at the Omro coal yard, Pure Ice in Oshkosh, and helped his dad with chores on the Keefe farm in Poygan. In later years he worked at Lakeside Packaging Plus in Oshkosh.

Raymond enjoyed gardening, pets, going on Lamers special needs bus tours, and drinking Pepsi. He could talk the ear off of anyone he met.

Raymond developed Parkinson’s Disease later in life which led to a need for extra care. His family would like to thank the many health care workers who helped enrich his later years. Special thanks to Terry and Milan Mitrovic, and Bob.

A visitation will be from 10:00 a.m. until the time of the funeral service at 12:00 p.m. on Saturday, February 13, 2021 at Kwiatkowski Funeral Home. Burial will be in Rushford Cemetery, Omro.
Read Less

To send flowers to the family or plant a tree in memory of Raymond Gene Wilson, please visit our Heartfelt Sympathies Store.

Receive notifications about information and event scheduling for Raymond

We encourage you to share your most beloved memories of Raymond here, so that the family and other loved ones can always see it. You can upload cherished photographs, or share your favorite stories, and can even comment on those shared by others.

Posted Feb 11, 2021 at 02:35pm
There have been many times over the years that I have thought of Raymond and the Wilson Family. All the fun that we had while he lived with Milan & I & Bob...the day or weekend trips that we all took. I've posted a picture of the four of us that was taken at the Museum of Science and Industry in Chicago. Raymond lived life to the fullest!
Comment Share
Share via:
TH

Posted Feb 10, 2021 at 10:11pm
Uncle Raymond you will be dearly missed. I remember you would always play kick ball n baseball with us n never would let us get the baseball when someone (Marie) would accidentally hit it to hard n into the fields. Hope your having a great visit with Gma n gpa n Larry. Love you.
Comment Share
Share via: 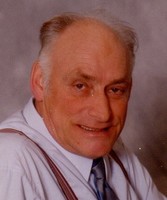 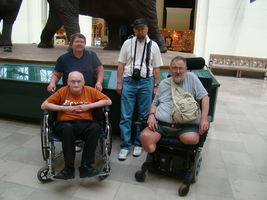 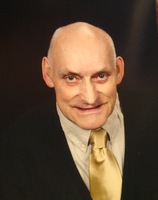 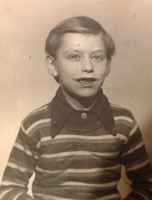