To share your memory on the wall of Bob Fink Jr., sign in using one of the following options:

Provide comfort for the family by sending flowers or planting a tree in memory of Bob Fink Jr.

Provide comfort for the family by sending flowers or planting a tree in memory of Bob Fink Jr.

Bob was the most amazing Husband, Dad, Grandpa, Son, Brother, Uncle, and Friend. He was an ‘Intimidator’ in his own right, “Wingnut” to some, and loved by all who were lucky enough to call him a friend. He was a proud man, brave beyond belief, and absolutely one of a kind. The way his eyes lit up when he smiled will never be forgotten. He loved so hard and was lucky enough to win Patty’s heart forever with a simple kick of his foot at the pinball machine.

Bob loved to play Buckup at his new garage, ride his Harley, hunt (or supervise the hunt from the “Whack Shack”), spend time with Daytona, stock his mountain of wood, impress the crowd with smokey burnouts in his #3 Dale Earnhardt car, shoot pool, snowmobile, polka with Patty, wrestle with his boys, water ski and play softball in his younger years, and plow snow with his signature black Ford truck. He was already studying up for this year’s Fink fantasy football draft.

Eric, Dan, and Darla are beyond proud to have called him Dad. He taught them how to say so much with so few words, how to be the perfect amount of competitive, that there’s no excuse to give less than 110%, how to stay calm, how to be tough (and when tough isn’t enough, be tougher), to be forgiving, to respect the ice in Winter, how an eyeroll can be as good of a response as any, and to be so brave when life gets hard.

We’ll keep the Miller Lite stocked, the garage radio on, and the damn door shut... Until we meet again.
In Bob’s memory, everyone is welcome to attend a visitation on Thursday, August 6th at Kwiatkowski Funeral Home in Omro from 3:00-7:00 p.m. (per state mandate, masks required for those attending this indoor event). A Celebration of Life will be held on Friday, August 7th at the Omro Scott Park upper pavilion starting at 2:00 p.m. (NASCAR attire encouraged), following a private family funeral service and burial. In lieu of flowers, a memorial will be established.
Read Less

To send flowers to the family or plant a tree in memory of Bob Fink Jr., please visit our Heartfelt Sympathies Store.

We encourage you to share your most beloved memories of Bob Fink Jr. here, so that the family and other loved ones can always see it. You can upload cherished photographs, or share your favorite stories, and can even comment on those shared by others.

Lori Blythe, The Kellys Family, and other have sent flowers to the family of Bob Fink Jr.
Show you care by sending flowers

Posted Aug 05, 2020 at 03:05pm
Fink Family, my deepest sympathies and prayers are with you. Dan, you are loved and missed. Hearts heavy for you and I'll have a cold one waiting. AB

Flowers were purchased for the family of Bob Fink Jr.. Send Flowers

Posted Aug 05, 2020 at 02:54pm
With deepest sympathy for the Fink family. You all are in our thoughts and prayers. Warmest, LED Inspirations

Flowers were purchased for the family of Bob Fink Jr.. Send Flowers

Posted Aug 05, 2020 at 12:50pm
He was in the middle of such a loving, caring, fun family filled with truly good people.. To the Fink Family. We are so deeply sorry for your loss.

Posted Aug 04, 2020 at 10:15am
Wishing you peace, courage to face the days ahead, and loving memories to forever hold in your heart. Love and prayers, Your Turtle Gang 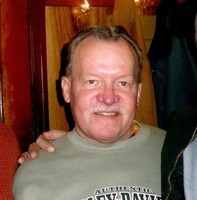