To share your memory on the wall of Willard Butcher, sign in using one of the following options:

He learned H.V.A.C. from his father and he made a career of it. On June 3, 1995 he married the love of his life Marjorie Kasuboski at the Paine Art Center in Oshkosh. Will loved to spend time with his family outdoors which included camping, riding ATV’s, and boating. He will be remembered for “always being right 99.99% of the time” even when he was wrong, he was still right. He loved life with Marjorie more than anything. He loved his children more than they know. Marjorie, Benjamin, and Megan were his life. He took care of his family and extended family. He would do anything for family. He will be remembered for being a wonderful husband, father, friend, son, brother, brother in-law and uncle.

Will is survived by his wife, Marjorie; children: Benjamin (Fiancé Beth) and Megan (Bryce); his Mother Patricia, Sister Renee Butcher, Brother Walter (Connie) Butcher, and Sister-in-law Debbie Butcher. He was preceded in death by his Father Vernon, and Brother William (Bill) Butcher.

To send flowers to the family or plant a tree in memory of Willard K. Butcher, please visit our Heartfelt Sympathies Store.

Receive notifications about information and event scheduling for Willard

We encourage you to share your most beloved memories of Willard here, so that the family and other loved ones can always see it. You can upload cherished photographs, or share your favorite stories, and can even comment on those shared by others.

Paul, Rachelle, and Jenna, Deb Wuest, Jim Olson & family, and other have sent flowers to the family of Willard K. Butcher.
Show you care by sending flowers

Posted Mar 10, 2021 at 08:38pm
We send our deepest condolences. We will always have a very special place for Will in our hearts and will forever cherish all of our memories.

Posted Mar 10, 2021 at 03:40pm
Please accept our most heartfelt sympathies for your loss... Our thoughts are with you & your family during this difficult time. With love and hugs,

Posted Mar 10, 2021 at 07:48am
~God only takes the Best! Extending our Love, Thoughts and Prayers across the miles, during this most difficult time. Hugs to all~ the Risse Tribe

Michael and Laura Kasuboski and the Gutowski famil

Posted Mar 09, 2021 at 08:08am
Wishing you peace to bring comfort, courage to face the days ahead and loving memories to forever hold in your hearts.

Michael and Laura Kasuboski and the Gutowski famil purchased flowers for the family of Willard Butcher. Send Flowers 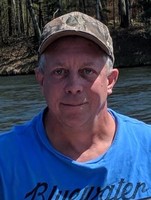